A test environment is usually built upon the following directories hierarchy:

the base directory, in the example: *…\MyTests* that will include:

To illustrate that, a folder MyTests has been created, with the sub-folders Framework, Genbi and Samples coming from the NBi zip file previously downloaded. There is also a sub-folder MyTestProject that I created myself: 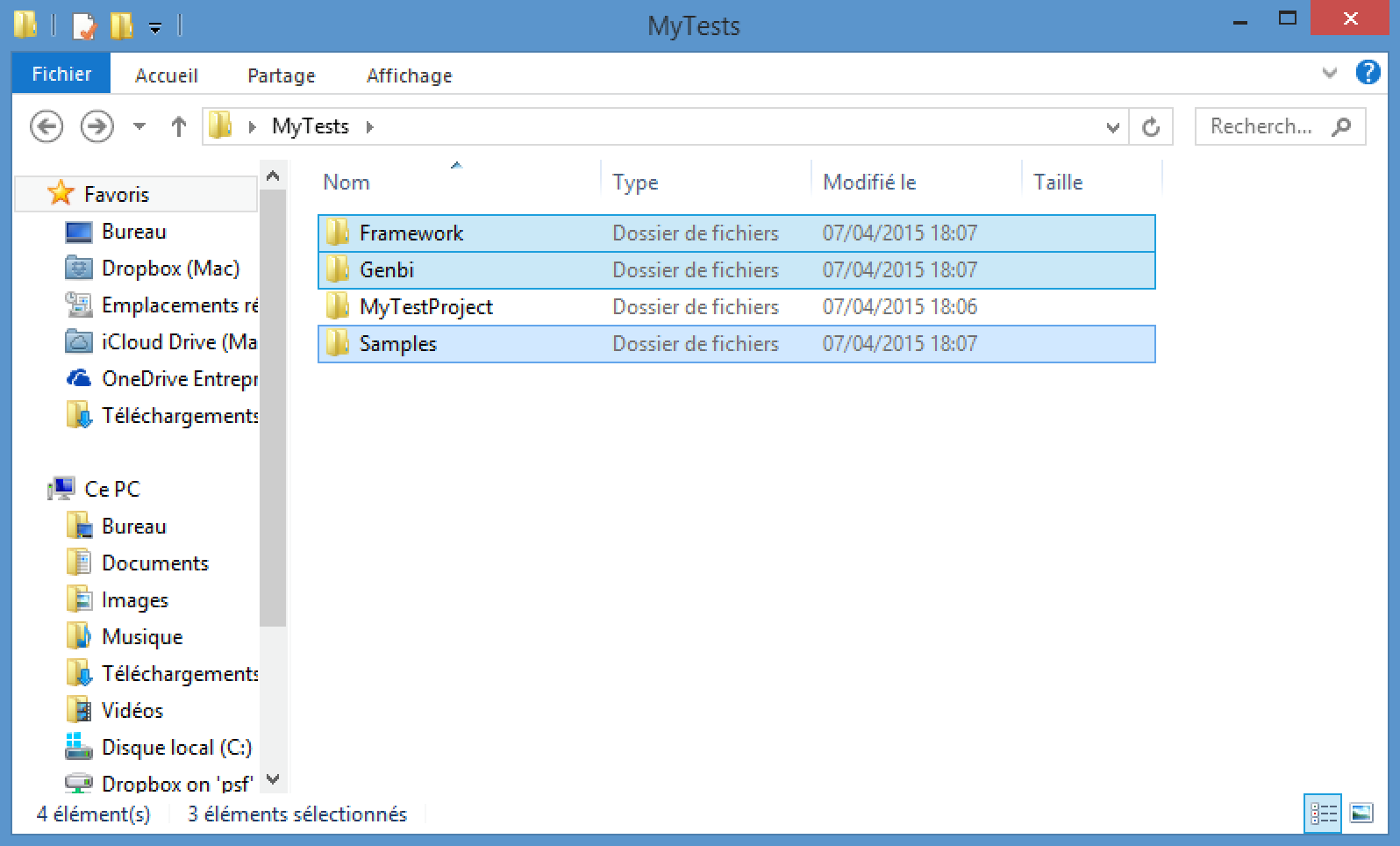 Then the minimal setup to start using NBi is to create 3 files. They are text files using an XML syntax (meaning that NotePad, NotePad++, Sublime Text, Visual Studio or any other text file editor are able to edit them) with the following naming convention (note the file extensions in each area): 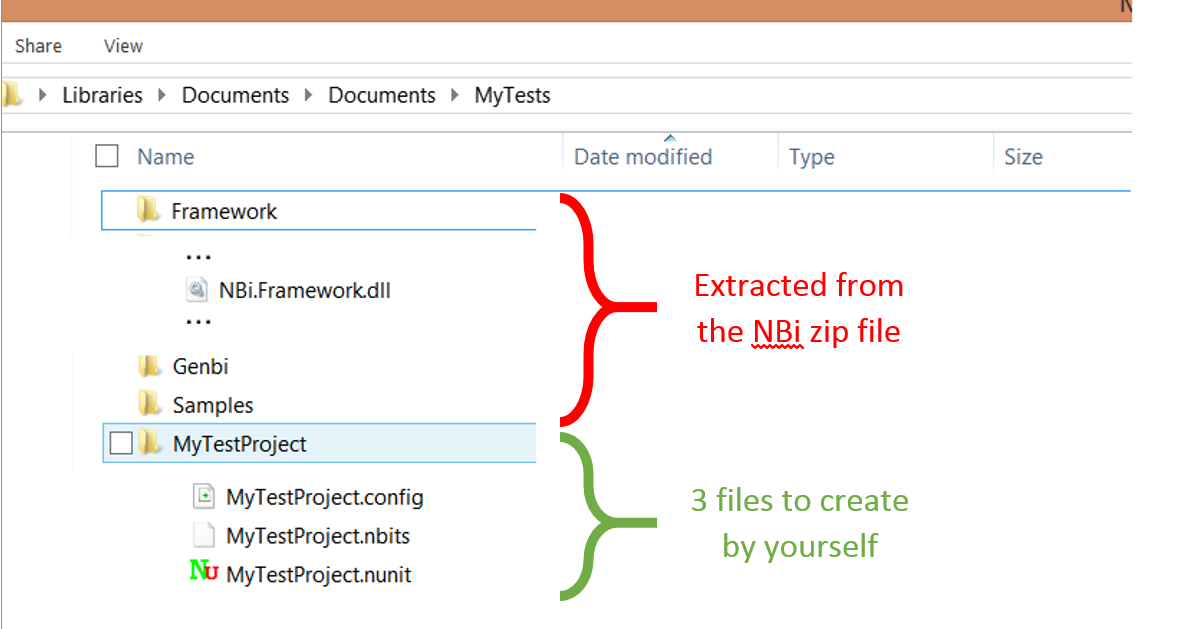 In these files, you will find the following content: 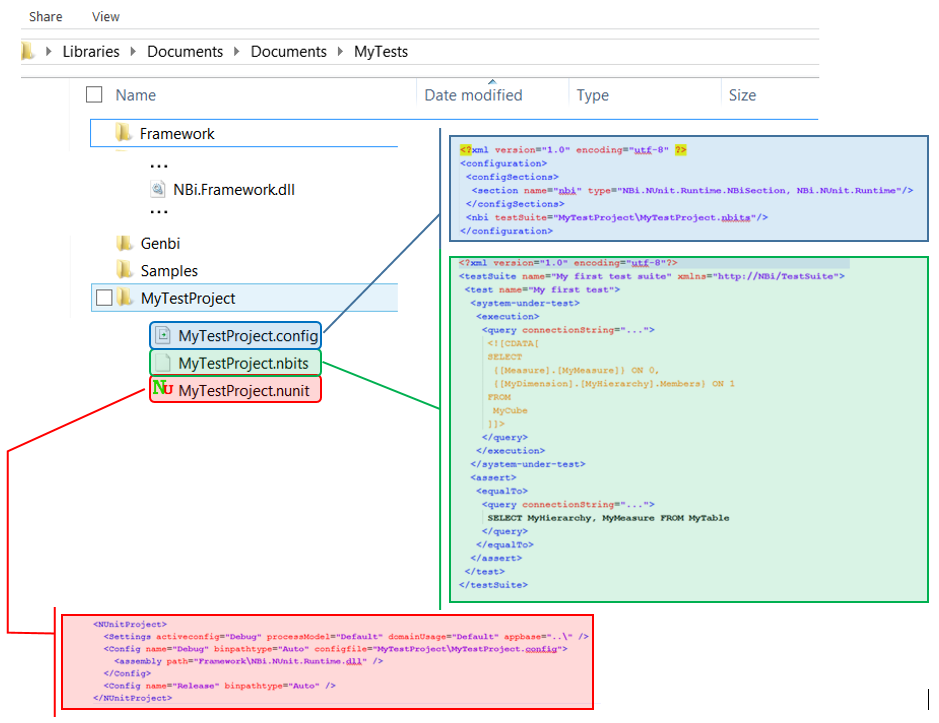